I don’t like giving up.  Quitters never win.  Or do they?  I seem to be doing a lot of quitting lately.  Am I setting the right example for my son?

In school, quitting is a bad thing.  Dropping out of high school changes your life, and not for the better.  It affects your ability to get a decent job, usually.  That, in turn, can keep your life in a rut that neither you or your parents ever expected of you.  I think we all know someone who seems to just skate through life without a care or apparent consequence.  They might go from job to job, quitting each one with plenty of excuses in hand.  Yet, they always seem to get by.  I promise you, this doesn’t mean they’re happier or their life is easier.

What about sports?  It’s tough playing on a team that’s on a losing streak.  Playing sports can be fun, but it’s also about working with a team and self-improvement.  This is where you typically hear the phrase, “Quitters never win, and winners never quit.”  In this case, the coaches are right.  I may not be the best at baseball, but with practice I can get better… as long as I don’t quit.  But, after a decent try, one might realize a sport is not for them.  Maybe I like football more.  Perhaps tennis is more my speed.  You never know until you try.

Learning a musical instrument is definitely something you want to stick with.  The seemingly endless practice of musical scales is worth it once you start learning actual songs.  Soon, the music you’re making gets more complex, and it can become something you really enjoy.

Then again, there are those with very real substance abuse problems.  When they quit, they certainly win.  And yes, their lives are indeed happier and easier.  But, we all know that, right?

I quit the PTO at my son’s school.  Let’s call it irreconcilable differences.  Looking back, I see my time with the PTO as I would a cocaine habit… Fast paced, stressful enough to induce chest pains and panic, and expensive to my pocketbook.   The goal was to help out the teachers and children at the school.  I put a lot of time and effort into it.  I did a lot of good.  Unfortunately, none of that matters when the other moms and some school staff decide one day that you’re a threat to their status or they just don’t like you for your new ideas that might actually change something that needs changing.  I could have continued and worked it out, but I decided that if the school staff wasn’t interested in the peace being kept, I should for the sake of the kids.  So, I quit.  It left me with more time for my family and a much better attitude, overall.  I was suddenly healthier physically, too.  My decision made me happy.  In turn, I’m sure the PTO and staff members were relieved with my departure.  They certainly looked unhappy with my mere existence forever after that.

After I quit the PTO habit, I’m sure they had to change the way they did business.  My departure drew attention to the dwindling volunteer base.  They were forced to invite parents to participate.  I hope they were allowed to do so upon acceptance of the invite.  That’s all I’ll say about that.  After all, two or three parents on the PTO does not make for a very successful organization.

I quit being a scout leader.  Heck, we quit that altogether.  Scouting was like a weed habit.  I learned to be apathetic towards guidelines and rules, and each opportunity for the kids to learn was more like a chance to play with only a vague goal in mind.  I just went with the flow, man… until I realized doughnuts and Hi-C are considered things that shouldn’t be limited in any child’s diet in these parts, and observing a pediatrician recommended bedtime is not viewed as appropriate around here.  Yeah, my “friends” thought I was just plain weird. I agreed with all of the tenets that I was obligated to teach, but the other parents did not.  It put the other parents in a position to scrutinize my parenting style.  But, that’s okay.  Our diet and bedtime weren’t the only things my fellow leaders disagreed with me on.  There were a few problems following the other 11 tenets in the scout law too.  Scouting was no longer beneficial to us with all the bad examples being set within the pack by the parents and fellow leaders.

After we quit our scouting habit, I hope some big changes were made on top of the ones that had already been set in motion before I took my official leave.  Some realized they alienated and rejected the wrong leader after I came clean about being the anonymous whistle-blower regarding some very naughty behaviors within the inner circle of leadership.  I still feel bad about the hurt and anguish that followed the discovery of what I helped expose, but it had to be done.  I wish I could tell more about that story, but I shouldn’t comment on it any further just yet.  I did my duty, and that’s what matters.  What better lesson could I teach my son?

I allowed my son to quit public school.  I gave up on them just as they had given up on my him.  The school my son went to was more like a prescription pill habit.  At first, it was prescribed by the state as a necessity.  It was a need I thought we couldn’t live without.  There seemed to be no alternative due to my son’s need for socialization to prevent becoming isolated.  Homeschooling seemed like a visit to the chiropractor and an ice pack for a bad back.  As it turned out, it was just what we needed.

Quitting our public school habit turned out to be the healthiest decision I could make for my son.  I still can’t quite wrap my head around the problems surrounding my son’s education at that school.  He’s still traumatized, too.  The recent discovery that his biggest bully lives right down the street from us hasn’t helped matters at all.  However, he now has a much healthier state of mind.  As he heals from the abuse he took from students and staff, I’m seeing a lot more normal behaviors from him, and he’s a lot happier.

The way I see it, I’ve been quitting some pretty bad habits lately.  That’s an example I don’t mind setting. 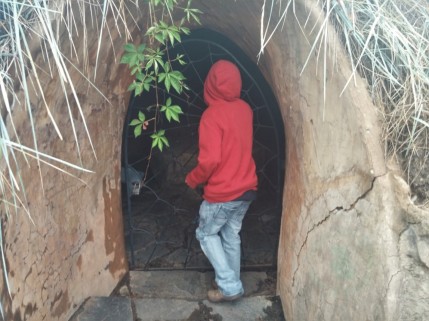 So, now, it looks a lot like we’ve isolated ourselves, doesn’t it?  It’s not like we’re anti-social.  We’re not, really.  We’ve kept in touch with some of our friends, both adult and youth.  We even met some new friends.  We go to parties.  We go on field trips with other home-schooled kids.  As we get settled in our new routine we will add more opportunities to socialize.

I’ve learned quite a lot from all of this.  I’ve discovered that I really need to pick my battles.  I can be a stickler for the rules.  Rules and laws are there for a reason.  They are supposed to protect us.  These days, that’s an issue that seems to be up for debate.  The rules are great as long as they don’t get in our way, right?  When they get in our way, we rebel.  Unfortunately, giving slack on the rules when we feel like it usually leads to more rules being broken.  In the end, it all falls to chaos.  But, sometimes it’s not up to any one person to try to help in a situation.  There are many out there that need to learn by making their own mistakes.  One can only hope that it doesn’t take a devastating incident before the lessons are learned.  Sometimes, that’s what it takes, unfortunately.

Sometimes you have to see things through or stand up for what you believe in.  But, I don’t mind being a quitter quite so much anymore.  If any of our new adventures or relationships turn out to be bad for us, I’ll drop them like a bad habit.  I’ll weigh the good with the bad, of course.  I won’t take my decisions lightly.  But, I’m tired of sacrificing my health and well-being for people or organizations that really couldn’t care less about me or my son.  I don’t have to stick with something that’s detrimental for me or my family anymore.  The sacrifices made aren’t worth it.

Quitting something you believe in is a sad moment.  Whether it’s a charitable cause or a project, giving up can be something that makes your heart ache.  It affects you right down to your soul.  It’s that moment you realize you can’t help someone or something, and your efforts are doing more harm than good.  But, I’ve discovered something.  Sometimes, your departure draws attention to a problem that needs fixing.  While your time in an endeavor may be over, you just may have improved the situation for the next person that fills the void you left.  But, it won’t if you don’t stand up for what is right on your way out.