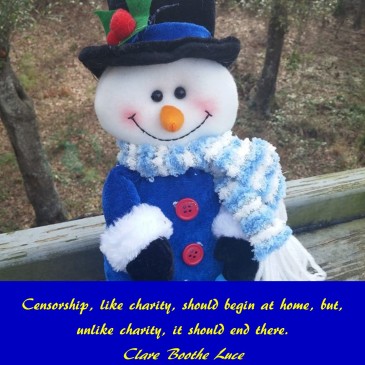 I’ve been hearing a lot of chatter lately about a modern revamp of the song Baby It’s Cold Outside written by Frank Loesser in 1944.  The song was written for the movie Neptune’s Daughter which premiered in 1949.  Many artists have covered the song over the decades since it debuted.  I must confess, it ranks … END_OF_DOCUMENT_TOKEN_TO_BE_REPLACED